During her three years at Florent in Paris, Manisha plunged into the world of
contemporary French and francophone theatre – falling in love with
playwrights from France, Africa, the Carribean and the Middle East –
including Bernard-Marie Koltes, Copi, Michel Vinaver, Marie Ndiaye,
Wajdi Mouawad among others. Upon her return to Brandeis, for her
senior thesis in the French department, Manisha wrote an essay about
the value of contemporary French theatre for American audiences and
translated, directed and performed in « Sallinger, » – by Bernard-Marie
Koltès, a play that had never been translated into English at that
time. Two members of the French consulate in Boston attended the
reading and later invited Manisha to perform letters Koltès wrote to
his mother at the Koltès festival in New York City. After graduating,
Manisha returned to Paris for two more years to finish the three-year
actor’s training program at Florent.

In a strange twist of fate, Manisha’s most important mentor in Paris
was Lesley Chatterley, a British actress who had made her career
teaching the exceedingly popular « Acting in English » class at Cours
Florent to a group that consisted of French, British, Irish, Belgian,
Swiss, Slovenian, German and of course American actors in Paris. When
Manisha’s teachers encouraged her to return to the Untied States to
pursue her acting career in New York City, Manisha was shocked to
discover that the best living French playwrights remained unheard of
in the United States. She also found that working from New York, she
had extroardinarily easy access to French artists who were eager to
see their work translated and performed in the United States. Upon
her return, she translated and produced plays with the late
Bernard-Marie Koltès and began a relationship with writer/director
Joël Pommerat.

As Manisha began to traverse the intermational theatre scene in New
York City, she began to meet other actors and theatre professionals
who dreamed of acting in French and were excited to learn about the
French theatre scene. When Lesley Chatterley passed away in the
summer of 2009, Manisha recalled the joy of working in a foreign
language and working in English with foreign actors. It was from this
idea that la Comédie Française New York was born. In July, she did a
trial acting in french class with Broadway actor Robert Stanton, Sarah
Stern (Associate Artistic Director of the Vineyard Theatre) and Carole
Brookins (theatre patron and former executive director of the World
Bank in Washington DC). In September, Manisha launched her first
acting in French class for beginners. The class was so popular, that
two weeks later she started a section section of the beginner’s class
and an advanced class.

During the end of the « fete du printemps » and presentation of scenes,
Manisha was pleased to see that students who had never spoken a word
of French were able to easily communicate with the French natives
she’d invited to the party. This work of cultivating a physical and
emotional relationship to the language helps students to build
confidence and learn to communicate in a way that they are not able to
achieve in the typical French language class. La Comedie Francaise New York has already attracted a host of famous alums including Robert Stanton (Mary Stuart and confessions of a shopaholic), Randy Harrison (Queer as Folk) and Joel Ehrlich (Simba in the Broadway production of « The Lion King. ») At a recent event Manisha co-sponsored featuring contemporary French plawrights, Andre DeShields approached her and expressed interest in classes. Manisha doesn’t know yet whether he’ll sign up for classes. Two weeks ago, Manisha organized an event to take a group to see a Koltes play at Yale Rep. At the last minute, the editor of American Theatre Magazine wrote her an e-mail and asked if he could tag along with the group. 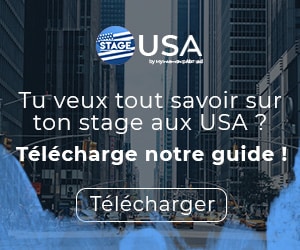